It has been revealed that Manchester United are making Marouane Fellaini a priority transfer target. 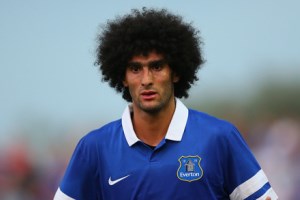 The Mirror claims that United boss David Moyes will focus on the Everton ace – and drop his bid for Leighton Baines – if his double bid fails.

Moyes thinks it will be easier to land Belgian midfielder Fellaini than England left back Baines and plans to go down that line.

The United chief is going to up his offer for the pair to £35million, but if that is snubbed he will try to get Fellaini on his own.