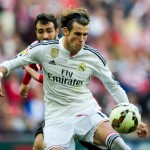 Reports are out claiming that Manchester United want to DUMP Angel di Maria and replace him with Real Madrid ace Gareth Bale.

The Sunday Express reported that United are ready to sell record buy Di Maria in the summer as they step up their plans to bring in Wales star Bale.

They are only renting the property because Di Maria is understood to be contemplating his future – something the club are well aware of.

It means the attempt to bring in Real Madrid’s former Tottenham forward Bale has gone into overdrive.

United who will have to smash the club record fee of £59.7 million which brought Di Maria to Old Trafford to have any chance of landing Bale won’t take no for an answer. Adnan Januzaj Has The Potential To Be A Top Player! – Ryan Giggs