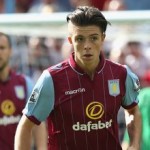 The 19 year old attacker was linked with Chelsea last week and the Express & Star says United have joined their interest.

However, the Republic of Ireland U21 international is desperate to stay at Aston Villa and hopes to finalise a new contract, despite being linked with moves to Chelsea and United.