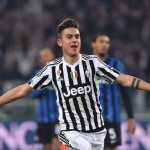 It has been reported that Manchester United have made a move for Juventus striker Paulo Dybala.

Reports from Calciomercato.com claims that United officials have opened talks with the Serie A side regarding the 22-year-old.

Juventus are adamant they won’t sell their star striker though and have placed a whopping £77.8m price tag on the Argentina international.

Dybala has been in stunning form for the Turin side this season scoring 13 goals and providing eight assists in 24 Serie A appearances.

The likes of Real Madrid, Barcelona, Arsenal and Chelsea are all monitoring the hitman as well but United are the first to make a move for him.