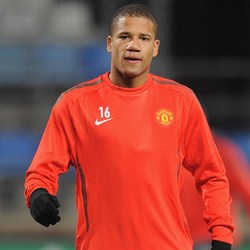 Manchester United striker Bebe is set to play in the Turkish League next season.

The Sun has reported that the newly crowned Premier League champions will take a £5.4m hit on Bebe, after loaning the winger to Turkish side Besiktas with a view to a permanent £2m deal.

United bought the Portugal Under-21 international for £7.4m last August from Vitoria Guimaraes even though Sir Alex Ferguson admitted he had not seen Bebe play.

The 20 year old has since made only seven appearances in all competitions – two in the Premier League – scoring two goals.