Interesting transfer news are out claiming that Manchester United and Tottenham are going head-to-head for Real Madrid fullback Fabio Coentrao. 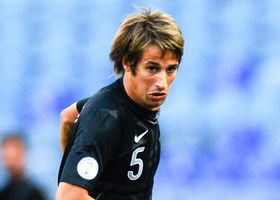 According to the Daily Mail, Tottenham manager Andre Villas-Boas had lined up a move for Coentrao after central defender Jan Vertonghen made it clear he was unhappy filling in for the injured Danny Rose at left-back.

But he will face competition from Old Trafford counterpart David Moyes, after it emerged the 25-year old is back on United’s wanted list.

United ran out of time to complete a season-long loan deal for Coentrao in the last window but have revived their interest and are ready to explore the possibility of signing him on a permanent basis.

Both clubs can draw encouragement from reports in Madrid that he was distraught when his proposed move to United at the beginning of September fell through.