It has been reported that Manchester United have handed trials to Bulgarian teenage defender Stefan Velkov. 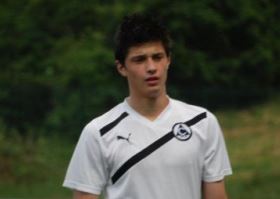 The Daily Mail revealed that Velkov, who turned 17 last Thursday on December 12, is at Carrington training with United’s U21 squad in the hope of impressing staff and securing a deal.

United face competition from Juventus and Inter Milan who are also keen to take a look at the 6ft 3ins teenager. Despite his tender years, Velkov has played 17 first team games this season for his club Slavia Sofia and has already been called up to the Bulgaria national squad.

Velkov is a stylish centre-back who is strong in the air, he has represented his country at U16 level up to the U21s where he has been capped five times and scored one goal.