It has been reported that Manchester United are eyeing a move for AS Roma defender Mehdi Benatia. 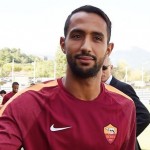 The Daily Star claims that United boss Louis Van Gaal could also be ready to splash the cash to land Roma star Benatia.

United have turned to Benatia after failing to agree a fee for World Cup winner Mats Hummels with Borussia Dortmund.