It has been reported that Stan Collymore has identified a trio of players who he believes Manchester United can do without. 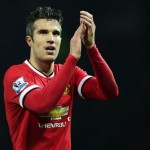 The recent poor form of Louis van Gaal’s Red Devils side was compounded on Monday night when they lost 2-1 to Arsenal in the FA Cup quarter-final at home, prompting the following comments form the former Liverpool and Nottingham Forest striker.

“Manchester United will want to be challenging for all tournaments, domestic and European, within the next three years,” he said on talkSPORT’s ‘Sports Bar’.

“Will Daley Blind, as the go-to man in central midfield, do that? I don’t think he’s good enough. I Can Be Van Gaal’s Type Of Player! – Tom Cleverley