It has been reported that former Manchester United fullback Phil Neville feels his old club are short of a world class striker. 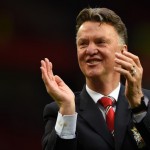 Neville thinks United need to add real quality in the transfer window to launch an assault on the title next season.

“Going forward, United need a player who can make the difference in those games, when the opposition are packing their defence,” Neville wrote in his column for BBC Sport.

“Chelsea have that with Eden Hazard. Last season, Luis Suarez did it for Liverpool. Those players can win you the title because, when games are tight, they make the difference.

“But at the moment United do not have anyone who is providing those bits of individual brilliance in the final third.

Michael Owen Not Giving Up On His Manchester United Career Anderson Determined To Prove Himself At Manchester United