It has been reported that Manchester United want Radamel Falcao to prove his fitness before pulling the trigger on a permanent deal with AS Monaco. 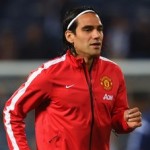 The Mirror reported that United are delaying committing to a permanent £43.5million deal.

Colombian striker Falcao has made just three starts and scored only once since arriving on loan at United on a £280,000 a week contract.

Now the 28-year-old is having his fitness and treatment carefully managed in a bid to get him back in shape after a string of niggling problems.

It was a complex deal for United in terms of tax, wages and the transfer fee and it was suggested at the time that it was certain that the loan would become permanent.

However, it is clear that is not the case and now Falcao is battling to prove he can have a future at Old Trafford.