Interesting transfer news are out claiming that Manchester United in talks with Valencia midfielder Ever Banega. 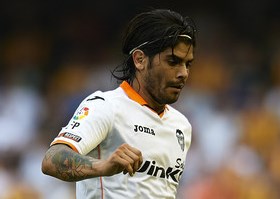 The Daily Star reported that the 25-year-old Argentina playmaker wants to leave and Valencia have finally bowed to his demands.

It is said that United scouts have watched Banega three times in recent weeks.

The 25 year old has a £50m release clause in his contract but cash worries at Valencia will force them to sell for close to £20m.