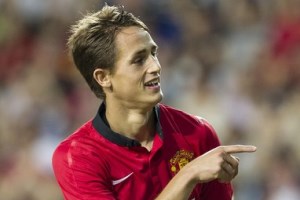 It has been revealed that Manchester United winger Adnan Januzaj has turned down the chance to move away on-loan.

The Daily Mail revealed that it was suggested he may wish to consider going out on loan, after interest from Blackburn Rovers.

He feels he has already reached the stage where he can challenge for a place in United’s first team, as he showed against Palace, and the idea of a loan has now been shelved.