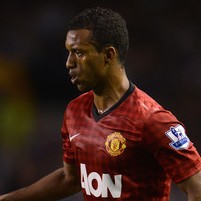 Reports are out claiming that Arsenal face a battle convincing Manchester United outcast Nani about a move to London.

The Daily Mail reported that the Portuguese international is ready to consider a move to Barclays Premier League rivals Arsenal, but the London club will have to match his wage demands of £130,000 a week.

It is said that Nani feels he is no longer wanted at Old Trafford after the collapse of contract negotiations and is aware of Arsenal’s interest.

However, he already has two firm offers from Spain and is currently more tempted by a move back to Iberia.

Nani has also told all suitors — including Arsenal — that he does not want to move in January as he would like to start at a new club with the benefits of a full pre-season behind him.