Reports are out claiming that Manchester United winger Nani has employed an Italian agent to get a move to Serie A – possibly this week. 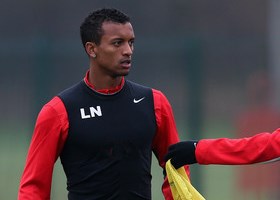 It is said that Juventus are in talks with United over a price for Nani, who isn’t expected to shake off his latest injury for another month.

The Portuguese international has joined Luca Bascherini’s stable – with Bascherini having brought Gervinho to AS Roma from Arsenal.

The 27 year old is frustrated with his situation at Old Trafford and is convinced he’ll only be a bit-part player should he stay under manager David Moyes.

Instead, he’s pushing for a move to Italy, with Juve the first major club to make a serious pitch for him ahead of tomorrow’s deadline.