Reports are out claiming that Manchester United are not considering Ryan Giggs for the fulltime manager’s job. 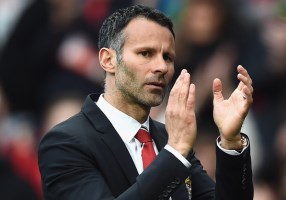 The Manchester Evening News reported that the Welsh veteran will not be considered as a permanent replacement for David Moyes – even if United win all of their remaining matches this season.

United have denied reports of an agreement with Holland coach Louis van Gaal.

It is understood they are still ‘considering a number of potential targets’ and will not be rushed into a decision. Man Utd Winger Young Convinced RVP Getting Back To His Best