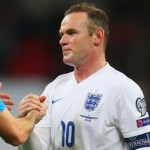 He told manutd.com: “Wayne is the captain so he’s very verbal and you can go to him for advice. You can learn things from Robin and Radamel that you probably could also learn from Wayne but it’s mostly within a game.

“So if you do something that isn’t particularly correct in a game, they’ll tell you what you could have done instead and next time you can learn from your mistakes.”