It has been reported that Manchester United midfielder Ander Herrera says he feels at home in Manchester and is enjoying his time at United. 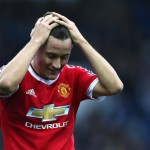 Herrera featured in United’s Capital One Cup defeat to Middlesbrough on Wednesday and described the comfort level that comes with belonging to the Old Trafford outfit.

“I remember playing against Cambridge in the FA Cup and we waited 25 minutes because the Cambridge fans were coming on a bus and they were delayed.”

“I was thinking that’s really, really good because they are thinking about the fans and football is about fans.

“I always say the same – if the footballing world doesn’t think of the fans, it’s going to lose the passion and the love. So I was impressed but I was very happy because the fans come first here.”