According to Ashley Young, Manchester United are in for a tough time of it at Watford this weekend. 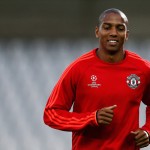 The Red Devils make the trip to Vicarage Road to take on a Hornets side that currently sit 11th on the Premier League table.

Quique Sanchez Flores’ side have been in decent form with two wins and a draw form their past five league outings which suggests to Watford youth academy product Young that Saturday may be a tricky affair for the visitors.

“It won’t be an easy match,” he told the club’s official website.

“A lot of people wrote them off at the start of the season but they’re a team that works hard and gets players on the ball, and they score goals.

“They’ve been in good form recently but hopefully we can go there and get the three points.”