Ashley Young has revealed that he is eagerly anticipating returning to Watford this weekend. 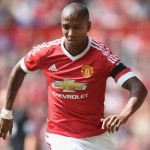 Manchester United meet the Hornets at Vicarage Road on Saturday and the 30-year-old winger is excited to head back to the place where it all started.

Ahead of United’s trip to Watford, the England international is looking forward to his return eight years after leaving for Aston Villa.

“I’m really looking forward to going back. It’s the club where I started and learnt my trade and, hopefully, it’ll be a nice reception… a better one than I get at Aston Villa anyway!” he told the club’s official website.

“There will be quite a lot of my family going to the game, so it’ll be nice to go back. I started at Watford when I was 10 and left at 21, so I was there for a long time.

“It set me up and helped me get to where I am today and I thank everyone who was there at the time who I worked with.”

Young came through Watford’s youth academy before helping the Hertfordshire club gain promotion to the Premier League in 2006 prior to his move to Villa. Febnerbahce On The Verge Of Signing Man Utd Winger Nani