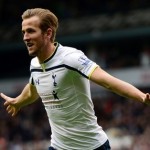 Reports are out claiming that Manchester United midfielder Michael Carrick is convinced of the quality of Tottenham striker Harry Kane.

The pair are together for England this week.

Carrick said: “I think the progress he has made has been sensational from the start of the season to the level that he is at now. He has gone up two or three levels and the thing that has impressed me most about him is that as the spotlight has grown and expectations have grown he has grown and his performances have improved and improved and that is a really good sign. It by no means looks like this is a one off season. He looks like the real deal. I am sure he has a big big future ahead of him.

“The options are frightening, whoever plays whether it’s Sturridge, Welbeck, Wayne, Raheem Sterling, it’s great to have those in the squad. We have an abundance of talent going forward. When you are at that level like the boys are they can play with each other no problem.” Sir Alex Pleased With The Performance Of The Da Silva Twins