Manchester United striker Robin van Persie has admitted that he is feeling in top shape. 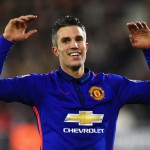 The former Arsenal striker has netted three times in his last three games, including a double at Southampton on Monday night and he insists that he is continuing to work hard on his overall game in order to help the team maintain a winning run.

“I think everything starts with how you feel physically because when you’re feeling fit and healthy then you can do more. Over the past couple of weeks I’ve been feeling very well physically,” he told MUTV.

“I feel like I can make more runs and keep things going up until the last bit of the game. I feel good and I don’t think it’s a coincidence that the goals are flowing in much better now.

“It was a hard start to this season. I don’t know what is to blame for that. It’s hard to maybe pick things up straight away after the World Cup. I have played five tournaments in total over the last few years – three European Championships and two World Cups and based on the moments after those tournaments the first period was always tougher even though I felt fine and fit. Somehow it can be tough to really get back to your best form.

“It felt great [to score twice at Southampton], not only because of the goals but I was actually quite happy with how I was playing and how I was holding the ball up for my team-mates. That’s where it starts – you have to be important for your team by holding the ball up, being strong in duels, make runs for your team-mates, not just for yourself, and all those things were going right.”

Angel di Maria Linked With A Move To Manchester United