It has been reported that Manchester United striker Robin van Persie is reportedly in talks with Turkish giants Galatasaray. 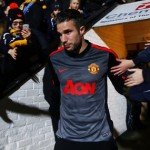 The Dutch international striker has been linked with a move away from Old Trafford ever since he lost his place in United’s starting XI in the second half of last season.

The Express reports that the former Arsenal star is already in talks with the Istanbul outfit who are eager to lure a big name to the Turk Telekom Arena.

“We want to sign players who will both improve the squad and excite our fans,” said Galatasaray boss Hamza Hamzaoglu.

“No manager would be able to say no to Van Persie however, we cannot spend beyond our means. We hope to come to an agreement with him.”