It has been reported that Manchester United captain Wayne Rooney is ready to face former teammate Danny Welbeck and Arsenal today. 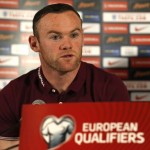 During his 11-year spell at United, Rooney watched the forward progress from teenage prodigy to first-team striker and admits it will be strange to play against the 23-year-old striker when the Red Devils travel to the Emirates Stadium on Saturday.

The England international told MUTV : “Of course, Danny has been here all of his life,”.

“He is a Manchester lad so it is weird seeing him [there].

“But that’s football nowadays and players move on.

“He’s done great and scored a few goals and is playing well. Danny gives you what he always gives you – a good shift. He works hard for the team.

“At times, as I said to him, he works a bit too hard but he’s scoring goals and he’s doing well.”