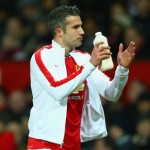 Reports are out claiming that Manchester United striker Robin van Persie is a big fan of Diego Simeone and his Atletico Madrid team.

The Holland captain sung the praises of Atleti and their board, which has put together a competitive team on a limited budget.

“I think it’s nice to see that a technical staff and a group of players that are on the same wavelength.

“If Atletico Madrid radiates one thing, this is it. They go through fire for each other, it’s unprecedented.”