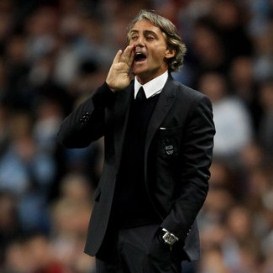 Manchester City had defender Aleksandar Kolarov to thank for ensuring their much-celebrated Champions League debut did not become an anti-climax at home to Napoli.

The Serbia international succeeded in securing a 1-1 draw, on a night when the likes of Sergio Aguero, Samir Nasri, Edin Dzeko, David Silva and, late on, Carlos Tevez failed to score.

The equaliser was no less than City deserved having dominated throughout, hitting the woodwork twice, but the goal had seemed unlikely with the hosts looking like they had burned themselves out.