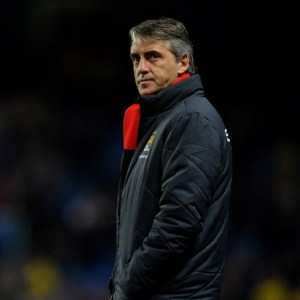 The first leg had finished 2-2 at the Walkers Stadium, and fans at Eastlands witnessed a similarly entertaining clash as the big-spending Premier League giants emerged victorious in the face of a plucky effort from the Championship side.

Carlos Tevez opened the scoring for the hosts before Paul Gallagher levelled from the spot in an open first half.

Goals from Patrick Vieira and Adam Johnson seemed to put City out of sight, with Tevez seeing a second-half penalty saved by Chris Weale, but Lloyd Dyer pulled one back for the Foxes late on.