It has been reported that Manchester City have accepted a settlement offer from UEFA for breaking Financial Fair Play laws. 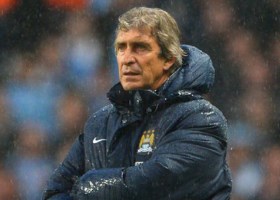 The Premier League champions will have their net spending on transfers next season limited to £49million as part of wide-reaching sanctions for breaching UEFA’s rules.

It is said that the club have agreed a settlement offer with UEFA which confirms a number of other sanctions that had already been in the public domain.

These include a 60million euro fine (£49million) – a record for football, though 40million euros of that will not be imposed if the club meets new break-even limits – and City being handed a reduction in their Champions League squad for next season from 25 to 21 players.

The sanctions also includes a salary freeze on their Champions League squad for the next two seasons.

City said in a statement: “The club’s expenditure on new players for the upcoming summer transfer window, on top of income from players it might sell, will be limited to 60m euros. This will have no material impact on the club’s planned transfer activity.

City said there had been “a fundamental disagreement” over the interpretation of the FFP regulations on players purchased before 2010 but that it had “decided to enter into a compromise agreement with UEFA”.

French club Paris Saint Germain were handed virtually identical sanctions as City, while the other clubs to have failed FFP were revealed as Galatasaray, Trabzonspor and Bursaspor from Turkey, Russian sides Zenit St Petersburg, Anzhi Makhachkala and Rubin Kazan, plus Levski Sofia from Bulgaria.