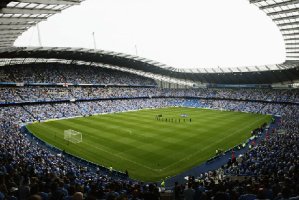 Interesting news are out and it has been reported that English Premier League club Manchester City have announced their pre-season tour of the USA.

The Eastlands club will take on Premiership rivals Tottenham, Portuguese giants Sporting Lisbon and MLS club New York Red Bull in a three-match tour to be conducted in July.

The matches will be part of the inaugural New York Football Challenge, to be held in the new Red Bull Arena in Harrison, New Jersey from July 22 to 25.

City boss Roberto Mancini confirmed the trip and said it was a great opportunity for the club.

Mancini told reporters that : “The New York Football Challenge 2010 is an important one for us,”.

“We have big ambitions for the Premier League next season and this tournament will give us the perfect opportunity to prepare for our season with some highly competitive games, enthusiastic supporters and world-class facilities.