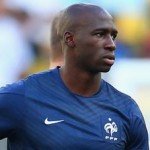 It has been reported that Manchester City have signed defender Eliaquim Mangala from Porto for a fee understood to be about £32m on a five year deal.

City boss Manuel Pellegrini said: “He has all of the mental, physical, technical and tactical attributes to become one of Europe’s very best defenders.”

He added: “Eliaquim is a player I believe will make an immediate impact in the Premier League, thanks to his physicality, his reading of the game and quality on the ball.

“I think he will prove to be a great signing for us.”