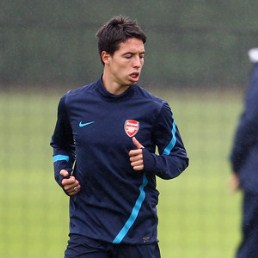 Manchester City have completed the signing of Arsenal midfielder Samir Nasri on a four-year deal.

Nasri, now age 24, will move to Etihad Stadium for a reported fee of £24 million and the club have confirmed he will wear the No. 19 shirt.

The France international had also been a target for Manchester United after informing Arsenal he had no intention of extending a contract that had only one year to run.

Arsene Wenger maintained that he did not want Nasri to leave the Emirates Stadium but the club were not prepared to lose the player for nothing in 12 months’ time.

He joins former team-mate and compatriot Gael Clichy in moving from Arsenal to Manchester City this summer and is the latest expensive addition to Roberto Mancini’s ranks.