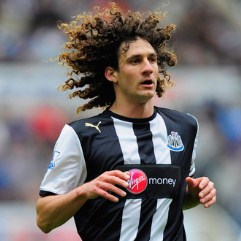 However adding a fourth won’t be easy as Coloccini, 30, is a hero on Tyneside and signed a new contract only three months ago.

City boss Roberto Mancini wouldn’t normally target a player of that age, but he wants experienced competition and cover for Vincent Kompany and Joleon Lescott for next season’s assault on the Champions League.