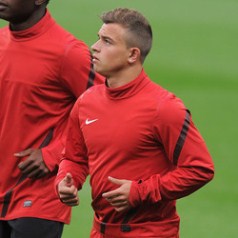 Indeed, intermediaries say it is City which now lead the race for Shaqiri, who could be on the move in January.

The midfielder has also been watched extensively by Arsenal and Newcastle United.