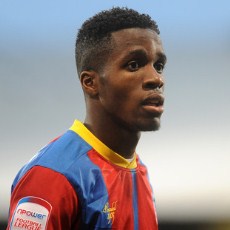 Reports are out claiming that Manchester City have launched a bid for Crystal Palace whizkid Wilfried Zaha.

The Sun revealed that the Premier League champions have made their £15million move for Crystal Palace sensation Zaha.

It is said that the Eastlands club are offering £12m up front — plus another £3m in add-ons — for the England new-boy and they are happy for him to remain on loan at Selhurst Park until the summer.

City are determined to beat a host of other sides to land the prized signature of Zaha, who made his international debut against Sweden a week ago, in January.

It is also said that Arsenal, Tottenham and Liverpool are also in the hunt for the Ivory Coast-born player.