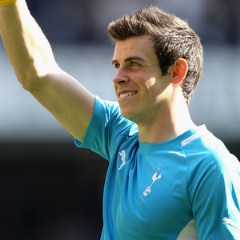 It has been revealed that Gareth Bale is considering his future at Tottenham as uncertainty surrounds manager Harry Redknapp.

The Mirror revealed that Spurs are desperate to keep hold of Bale and have offered him a new contract to persuade him to commit his long term future to the club.

However it is said that Manchester City and Barcelona are both watching developments and have got the Welsh international on their transfer hit list this summer.

City are prepared to break the bank to land Bale while Barcelona want him but are not prepared to meet Spurs’ huge valuation.

Mancini Confident Tevez Will Play At His Best For Man City