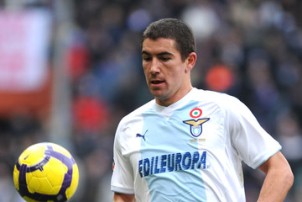 Interesting transfer reports are out and it has been revealed that Manchester City have reached an agreement with Lazio to sign left-back Aleksandar Kolarov.

Sky Sport 24 claims that officials from the two clubs met in Rome on Thursday and agreed upon a deal.

The 24-year-old has had a host of suitors in the transfer market but it seems that City have won the race for his services.

Kolarov is a left back capable of playing in left midfield and is known for his runs down the left wing and his powerful shot.