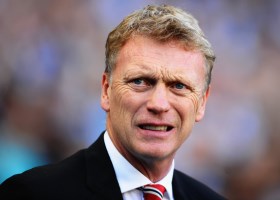 The former Everton boss saw his side hammered by a rampant City at the Etihad Stadium.

Two goals in the first half, scored by Sergio Aguero and Yaya Toure, preceded a second from Aguero and another from Samir Nasri in the second half before Wayne Rooney grabbed a consolation for the visitors in a result which a disappointed Moyes felt was about right.

“If you lose four you are not expecting to win too many.

“We conceded poor goals. We needed to get closer in the second half but they get away and score more goals.

“We never got a grip of the game and could never really stop them.

“We hoped to stem that tide in the second half. We got better as the game went on but it was too late.

Sir Alex Ferguson : I Will Not Sell Dimitar Berbatov!