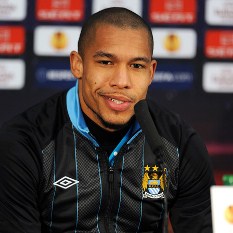 Reports are out claiming that Nigel de Jong is set to be sold by Manchester City this summer.

The Daily Mail reported that City have not altered their stance on Dutch midfield player De Jong.

The 27-year-old refused to sign the deal put in front of him last summer, choosing to hold out for a better offer from the club.

But De Jong has not been a first-choice starter in the Barclays Premier League this season – making just 15 appearances so far.

It is understood the original offer is now no longer on the table and he is expected to be sold.