It has been reported that Manchester City are set to land a bumper new sponsorship deal – to the tune of £400 million. 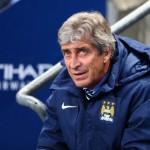 The Sunday Mirror claims that the Premier League champions are in talks about extending their huge sponsorship deal with Etihad Airways that will bank them an extra £320million.

And City also ready to unveil a number of sponsorship packages ties to their new £150million Academy and training ground that will be worth a further £80million.

The deals will blow away any doubts that the Blues will struggle to meet UEFA’s Financial Fair Play Regulations after being hit with a raft of punishments earlier this year.

City are three years into a 10-year deal with Etihad worth £400million. The airline sponsors the stadium, shirt and a campus which will include the club’s new state-of-the-art training ground.

But it is understood that the agreement is about to be extended a further five years – and an improvement in terms that would see City bank £50million-a-season from the deal.