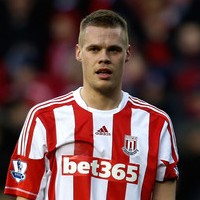 The Mail on Sunday revealed that the central defender may be a shock departure from Stoke in the transfer window if he doesn’t sign a six-year deal offered recently.

The club are unhappy at the prospect of the 25-year-old running down the last 18 months of his deal. Manchester City like him, and could be tempted to make a move for the former Manchester United man.