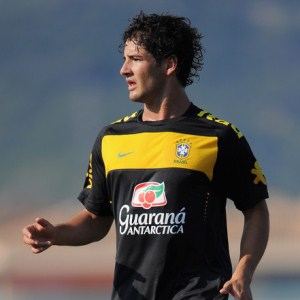 The News of the World has reported that cash rich City are ready to use Togo international striker Adebayor as a makeweight in a deal to lure Pato from AC Milan.

It is suggested that boss Roberto Mancini is a huge admirer of the £50million-rated Brazilian international striker and has made him a top target for the January window.

The Italian giants claim Pato is not for sale but have also admitted they may have to offset the enormous wage costs of Zlatan Ibrahimovic, Robinho, Ronaldinho and Pippo Inzaghi by selling one of their most valuable players.

City are expected to do “major business” in the New Year to help their bid to finally gatecrash the top four and see Adebayor as the key to signing 21-year-old Pato.

Former Arsenal striker Adebayor has been unsettled at Eastlands since the summer and has made clear his intention to leave if he fails to start more games.

He was told by City he could move before the start of the season if a deal could be reached with a non-Premier League club but most were put off by his £170,000-a-week wages.