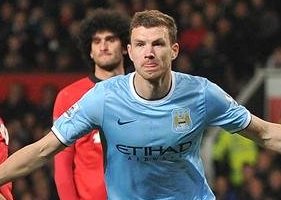 Man City win three consecutive top flight matches at Old Trafford for the first time since winning five in a row from March 1968 to April 1972.

Man City win three top flight matches in a row against Man United for the first time since March 1969 to December 1970 (4 matches).

Wilfried Zaha, Marouane Fellaini and Juan Mata were purchased for a total of £82 million, but have not scored a goal for United this season.