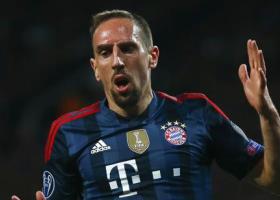 5 – No player has made more assists in this season’s Champions League than Wayne Rooney (5).

15 – United have scored in each of their last 15 Champions League meetings with German clubs.

29 – No Manchester United player had more touches in the first half than Marouane Fellaini.

22% – Manchester United had just 22% possession in the first half but had more shots on target than Bayern Munich (2-1).