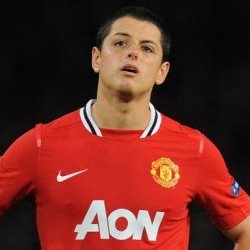 Manchester United limped into a Europa League last-16 meeting with Athletic Bilbao after a 2-1 defeat by Ajax at Old Trafford left them clinging on to a 3-2 aggregate success.

Two goals ahead of the Dutch giants at kick-off after an excellent performance in Amsterdam seven days ago, the Red Devils got off to the perfect start on Thursday when Javier Hernandez put them in front after just five minutes.

United failed to capitalise though. And after Aras Ozbiliz had levelled on the night, the midfielder then set home nerves jangling four minutes from time by dropping a free-kick on to the head of Toby Alderweireld, who powered home from close range.

Another for the visitors would have sent them through on away goals. Thankfully for a red-faced United, they did not manage it and England avoided another dreadful European night on what has been a pretty poor campaign all round.