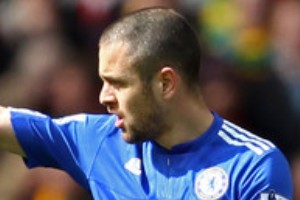 Didier Drogba’s controversial winner allowed Chelsea to shrug Manchester United aside and put themselves back in pole position in the Premier League title race.

Sir Alex Ferguson and his team will feel hard done by as Drogba was clearly offside as he collected Salomon Kalou’s pass and drove home 12 minutes from time.

The significance of the error only became clear once Federico Macheda had pulled a goal back for the hosts to set up a pulsating finish.

But Ferguson would be aware that the first hour had been completely one-sided in Chelsea’s favour and that the visitors should have had a greater advantage than the one goal Joe Cole provided in the first half.

Without Wayne Rooney, there was no real bite in United’s attack. And although the 34-goal striker is only out for a fortnight, by the time he returns his side’s dreams of glory might be over, considering Chelsea now have a two-point advantage and a superior goal difference.