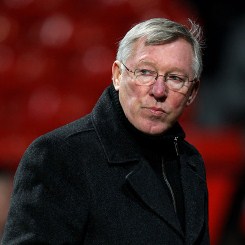 Glenn Murray’s extra-time winner helped Crystal Palace to a shock 2-1 victory over Manchester United to dump the four-time winners out of the Carling Cup at Old Trafford.

Palace had not scored since October 25 heading into the match, although Darren Ambrose ended that barren run midway through the second half with a wonder strike from 35 yards.

Federico Macheda levelled from the penalty spot for United to send the game into extra-time but Murray’s 98th-minute header earned Palace a historic win and a place in the semi-finals.

Sir Alex Ferguson made 10 changes to the side that drew 1-1 with Newcastle in the Premier League on Saturday but, despite the overhaul, United still started with nine internationals in their line-up.

Dougie Freedman made five changes to the team that played out a goalless drew with south London rivals Millwall at the weekend, with the Palace manager having one eye on his side’s Championship clash with Derby County on Friday night.