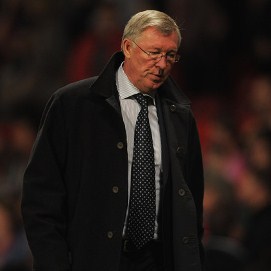 Ashley Young rescued Manchester United from an embarrassing defeat by Basle in a match which exposed worrying defensive shortcomings for Sir Alex Ferguson’s men in a thrilling 3-3 draw.

United had appeared to be strolling through the match, thanks to Danny Welbeck demonstrating lethal finishing with two goals in just 80 seconds to justify his place at the expense of Dimitar Berbatov.

But United had been given ample warning about Basle’s threat with the Swiss side missing a hatful of chances before they stunned Old Trafford with three goals, two from Alex Frei and one from his namesake Fabian Frei, before Young’s last-minute header saved a point for United.

Basle remain on top of Group C in the Champions League and this performance will provide Ferguson with some head-scratching, with question marks particularly against Phil Jones and Rio Ferdinand’s compatibility in central defence.