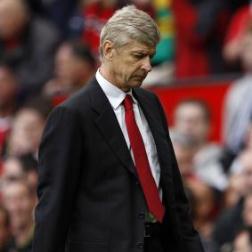 Arsenal’s problems were brought into brutally stark relief at Old Trafford as they suffered a disembowelling at the hands of Manchester United, with Wayne Rooney scoring a hat-trick in a 8-2 victory for Sir Alex Ferguson’s side.

The result was the most desperate Arsenal have suffered in the Premier League, and the previous worst was a 6-1 loss at the same ground in February 2001. On that occasion, like Sunday, the root cause of the collapse was a hopeless, makeshift defence, but the current malaise enveloping Arsenal threatens to be something altogether more serious.