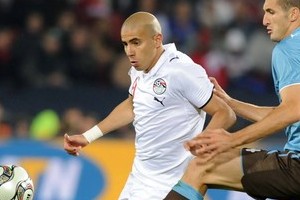 The father of Egypt star Mohamed Zidan has revealed that England’s biggest clubs are chasing his son.

The father also said that his son has a clause in his contract in which allows Zidan speak to these three clubs.