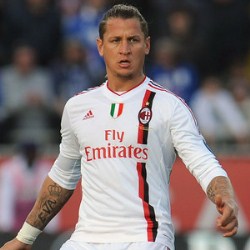 Interesting transfer news are out claiming that Manchester United are considering a shock move for AC Milan defender Philippe Mexes.

The Daily Mail revealed that the Premier League giants are understood to be exploring the possibility of taking the French international centre back on loan from AC Milan.

The 30-year-old has also been offered to Arsenal in discussions over Nicklas Bendtner.